The psychological structure of humility. (2016) 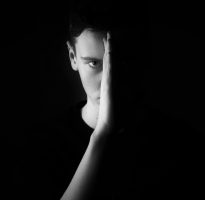 Inquiry into the psychological structure of humility has advanced considerably over the past decade. However, the literature suffers from two notable limitations.

First, there is no clear consensus among researchers about what humility is, and conceptualizations vary considerably across studies.

Second, researchers have uniformly operationalized humility as a positive, socially desirable construct, while dismissing evidence from lay opinion and theological and philosophical traditions suggesting that humility may also have a darker side.

To redress these issues, the authors conducted the first comprehensive, bottom-up analysis of the psychological structure of humility.

“Across these studies, we found converging evidence that humility can take two distinct forms, which we labeled ‘appreciative’ and ‘self-abasing’ humility.

“Appreciative humility tends to be elicited by personal success, involve action tendencies oriented toward celebrating others, and is positively associated with dispositions such as authentic pride, guilt, and prestige-based status.

“In contrast, self-abasing humility tends to be elicited by personal failure, involves negative self-evaluations and action tendencies oriented toward hiding from others’ evaluations, and is associated with dispositions such as shame, low self-esteem, and submissiveness.”

Access the full paper here: The psychological structure of humility.