What makes some men sexual harassers? Science tries to explain the creeps of the world (2017) 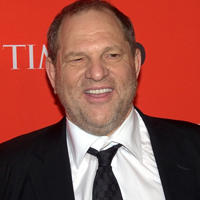 “…For many men who score high on the harassment scale,” the ideas of power and sex “…are often intertwined.”

“The torrent of cases pouring out in news reports…raises a horrified question: What makes these men behave this way?”

“…How much of the behaviour is driven by the man himself and how much by the culture around him? What exactly makes one man more likely to harass than another? ”

A “pioneer in the study of sexual harassment, [John] Pryor developed a test in 1987 to measure a man’s tendency to harass. Called the “Likelihood to Sexually Harass” scale, Pryor’s test has become a cornerstone of research on sexual harassers.”

Pryor…”identified these factors as the most distinctive in harassers: a lack of empathy, a belief in traditional gender sex roles and a tendency toward dominance/authoritarianism”, and “…that the environment surrounding such harassers has a huge effect…”

“…Experiments have shown that powerful people become more focused on themselves, more likely to objectify others and more likely to overestimate how much others like them.”

“A particularly eye-opening 2011 study found that people in leadership often pick up phantom sexual signals from subordinates that aren’t really there.”

“…For many men who score high on the harassment scale, the two ideas [(power and sex)] are often intertwined.”

Read the full article here: What makes some men sexual harassers? Science tries to explain the creeps of the world