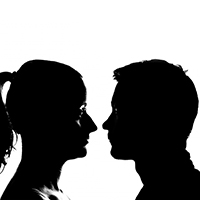 “Male misbehaviour in negotiations is rooted in our evolutionary history.”

“Managing male immorality entails knowing where it comes from, how common it is and what specific circumstances trigger it. ”

A recently published paper (by the author) finds “…that sex differences in negotiations derive from a much more primal place: men’s and women’s respective roles in the evolution of the species.”

Analysis of the studies revealed clear patterns of behaviour, where “…men behaved badly under conditions replicating an evolutionary contest with another powerful male over a desired mate. With their competitiveness and mating interest piqued through [the] experimental manipulations, men were more willing to do anything to win.”

“When negotiating with a woman, neither the attractiveness of the counterparty nor the facial memorisation had any effect. This led [the researchers] to believe that a greater likelihood of misbehaviour exists when men negotiate with other men.”

“Women are not completely immune to the ethical strain of intrasexual competition, but they tend to be more careful even so.” After further studies, “[the researchers] concluded that women and men are subject to the same intrasexual competitive dynamic, but men’s unethical behaviour will be more brazen and therefore more risky for employers.”

You can read the full article and details of the studies here: Why some men feel the need to win at all costs