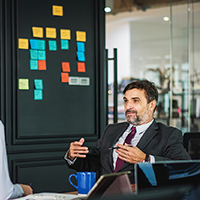 New research indicates that some character traits found in some leaders can be ‘dark’, yet rewarded.

The paper, titled Dark personality, job performance ratings, and the role of political skill: An indication of why toxic people may get ahead at work, opens by stating:

“While toxic employees are generally not superior performers, some receive higher salaries and advance into leadership positions.”

“In this study, an indirect effect chain model was tested which proposes that dark employees receive good performance ratings through political skill.”

“Results show a positive direct effect of honesty-humility on the performance measure of team facilitation and support at the same time the opposing indirect effect hypothesis: Dark, as opposed to honest-humble, employees are more likely to view themselves as politically skilled, and when equally perceived as politically skilled by their supervisors, they receive higher ratings on task performance and team facilitation.

“Because performance is important for career advancement, the model leads to a potential explanation of why toxic individuals may get ahead at work.”

“There is considerable evidence that low honesty-humility does a good job of capturing such qualities as egotism, materialism, social “adroitness,” unethical decisions at work, delinquency and counterproductive behavior in the workplace, and lack of integrity. Their decisions are selfish; they are vengeful, and they cheat and lie. You might think their counterproductive tendencies would limit their ability to succeed in the workplace, but paradoxically, some of these toxic individuals are rewarded with the highest salaries and job promotions of all.

“That paradoxical finding can be explained, Templer maintains, by considering the factor of political skill, or “a social competence that includes networking ability, social astuteness, interpersonal influence, and apparent sincerity” (p. 210). In Templer’s model, those with dark personalities who have this political skill are able to wrangle higher performance ratings from their bosses. Again, considering that some of the bosses themselves rose to the top via perhaps similar tracks, it makes sense that they would reward the people they see as like themselves.”

The paper is available here: Dark personality, job performance ratings, and the role of political skill: An indication of why toxic people may get ahead at work

The Psychology Today article is available here: Why toxic people get ahead