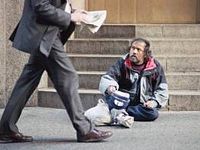 Drawn from the paper ‘Corporate social responsibility and CEO confidence’
Scott McCarthy, Barry Oliver and Sizhe Song; University of Queensland, Australia
Journal of Banking & Finance, Volume 75, February 2017, Pages 280–291
“… If a CEO invests in corporate social responsibility it’s like an insurance policy. The CEO is mitigating risks …. so the market is more lenient if the firm suffers some setback.

“For example, another study found firms with higher levels of corporate investment that were socially responsible suffer less damage to the company’s value in cases where there’s a product recall due to a defect.

“(We found that) overconfident CEOs tend to lead to less corporate social responsibility in a company, our research shows. The more confident the CEO, the less their firm invests in activity that has a positive impact on society.

“…There is also evidence to suggest overconfident CEOs take greater risks and insure less than their non-overconfident peers.

“However, the gender of the CEO doesn’t impact our original finding of overconfidence leading to less social responsibility investment.”