The rise of bullying bosses and incivility in the workplace. (2017) 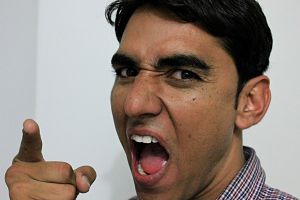 “…there is compelling evidence that both incivility and abusive bosses are flourishing in our organizations… (we must ask) what kind of leaders we really want, and (which) are best for building … positive work cultures?”

“… Leaders in business schools, organizations and in politics are (being) taught to lead with their heads and not with their hearts. Driving, directive, coercive styles of leadership may move people and get results in the short-term, but the dissonance this kind of leadership is associated with toxic relationships and destructive emotions such as anger, anxiety, and fear.

“… There’s a clear symbiotic relationship between toxic workplaces and the toxic leaders who inhabit them.

“… Research shows that abusive bosses and the stress they generate diminish the mental efficiency of workers subjected to them. For example, a Gallup survey found that such work groups are on average 50 percent less productive and 44 percent less profitable than more positively managed groups.

“… After being demeaned, people are three times less likely to help others, so you can say goodbye to the problem solving and knowledge sharing that fuel disruptive innovation.

“… Global economic uncertainty and the spike in terrorism has created a resurgence of the populist attraction to authoritarianism and male “macho” leaders in politics and business, who often exhibit bullying behavior.

“… In summary, there is compelling evidence that both incivility and abusive bosses are flourishing in our organizations, perhaps fed by social and economic uncertainty and disruptions, which in turn reflects a resurgence of the popularity of authoritarian leaders. At the same time, both research and employee preferences favor leaders who are emotionally intelligent, humble, compassionate and collaborative, a definite far cry from abusive bullying bosses.

“The question we have to answer is, what kind of leaders do we really want, and what kind are best for building and sustaining positive work cultures?”

Access the full article here: The rise of bullying bosses and incivility in the workplace.